4 Ways to Step Up Your Digital Marketing in 2014

Maybe you plan to step up your ecommerce game, maybe you’re going to break 10K followers on Twitter, maybe you’re finally going to rank #1 on Google for “buy acai berry online”. Whatever your goals, no matter how silly or sensible, you’ve probably drawn a roadmap to get there.

The problem with drawing roadmaps, however, is that we often leave out the routes we haven’t travelled. Well, here are 4 roads on the digital marketing landscape that are often overlooked by those who haven’t travelled them before and, depending on where you’re trying to go, can be time-saving short cuts.

With marketers already spending over 25% of their budget on content marketing and 78% of CMOs believing in branded content being the future of marketing, content marketing is poised to blow up (even more) in 2014. And as any content marketer will tell you, just because you build (or create) it, doesn’t mean that they’ll (users) will come. Indeed, with so many marketers investing in content, the competition for users’ attention (and eyeballs) has never been higher.

Not surprisingly, marketers are relying more on more on sponsored social posts to seed their content. From Sponsored Stories on Facebook to Sponsored Tweets, having a social ad budget is as much of a part of a content strategy as the budget you invest in content creation and community outreach/management.

But have you looked beyond the first-tier social networks? Have you considered the markets and audiences that exist beyond your users’/followers’ current social graph? Such as the niche-interest communities that are already extremely active on other social networks?

There are social networks out there that are primarily content driven, meaning that there are entire communities out there already looking for your content; you just have to reach out to them. Specifically, I’m thinking about SumbleUpon and Tumblr.

While SumbleUpon has for years allows marketers to promote their content to users based on interest, Tumblr launched their ad platform just last year. And while these communities might not always represent your target market, that doesn’t mean they’re not going to love your content (provided that it doesn’t suck), and Stumble and Tumbl it all over the web. The social signals generated by these users, moreover, will not only boost your SEO, but help you reach new customers that you might not have reach via Twitter or Facebook.

You know that saying “Fall down seven times, get up eight”? Well, how about applying that to your online ad buys? After all, just because you didn’t make the sale on the first visit, that doesn’t mean that that user still isn’t a targeted, qualified lead. And just because a user purchased once, that doesn’t mean they won’t buy again; in fact, they might be even more likely to buy again.

First, you have the users who abandoned their shopping cart. If they got that far down the conversion funnel but didn’t complete the transaction, there’s a probably a good chance that they were dissuaded by unanticipated shipping costs, so consider retargeting them with ads offering discounted or free shipping.

Then, you have those users who have visited your site, but didn’t make it all the way to check-out before bouncing. In this case, one of two things have happened: (1) these users were targeted users who were still just shopping around for products/services similar to what you offer, or (2) your pricing might have been too high for them. Here, you can retarget your ads at these user to either remind them that you still offer what they’re looking for, or to offer them a discount on the kind of items they viewed on your site.

Through ad retargeting, not only can you win over users who you’ve lost some point along the way (i.e. conversion funnel), but you can also win back users who’ve already shopped with you. In other words, don’t be so quick to give up on a sale just because you didn’t close it the first time around.

In fact, this is even more true if you’re retargeted ads. After all, if the user bounced the first time, and you’re going to invest in another click to get them back, then you should probably offer them something other than what turned them off in the first place.

Of course, with landing page optimization comes A/B testing, and the challenge with A/B testing is that it can tie up designer/integrator resources. A cost-effective way of getting around that is by using a tool like Unbounce, “The landing page builder for marketers,” that let’s you “Build, publish, and A/B test landing pages without IT.”

Basically, Unbounce let’s you choose from over 50 different landing page templates that you can then edit and customize through easy-to-use drag-and-drop features. Then you just see which one works better for that ad campaign, isolate what it is that’s making it convert better, and refine and roll it out to similar campaigns.

The point is that if you’re going to diversify your social ad buys and/or be retargeting your ads, you need to provide each of those kinds of users with a user-experience that best suits their expectations. And this is going to require a bit of A/B testing and landing page optimization. Otherwise, you’re just throwing money at the same wall over and over and hoping that it (somehow) sticks, and as Einstein said, “Insanity is doing the same thing over and over again, and expecting different results.”

So now that you’ve stepped up your game to drive users to your site through social and ad buys, and are doing everything you can to convert them, you might want to find out exactly what they think about your brand, your site, and your products/services. After all, what better way to find out what your users are thinking than to get it straight from the horse’s mouth?

For instance, if you’re a marketer, you’ve probably come across that 4Q survey that pops up as a layover when you first visit a site. Well, 4Q is a free survey offered by iPerceptions who also offers a whole bunch of other market research tools that you can upgrade to if you decided that you want to make sense of all the data you collect, conduct some predictive analysis, and turn it into actionable insight.

iPerceptions, of course, has no shortage of competitors, but the point is that there’s an entire set of customer insight tools out there that can help you capture data that goes above and beyond what you can get out of Google Analytics and the ad campaign reporting offered by AdWords, Facebook, Twitter, StumbleUpon, Tumblr, and the like. After all, it’s one thing to know what your users have already done; but it’s quite another to gain insight into how they think and factor that in to your future marketing campaigns.

From Roadmap to Treasure Map

Especially in the context of marketing, it’s always advisable to have clear goals and a strategy to take you there — rather than shooting in the dark with random tactics and hoping for the best. When roadmapping that strategy, though, it’s too easy and tempting to stick to the routes we know and avoid those roads that lead off into unfamiliar places.

Those unfamiliar roads, however, can often lead to opportunities, and if you’re going really going to grow your business, you’re going to have leverage new channels to find new sources of revenue. So if your roadmap has already been drawn up to maximize every channel you’re already familiar with, you should start thinking about all the channels that you might’ve overlooked only because you’re unfamiliar with them. 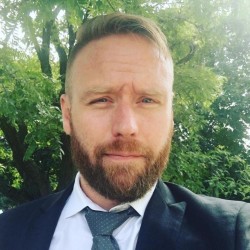